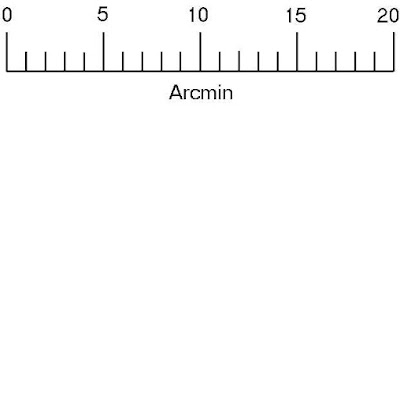 This has been an age, and ours has been a discipline of incommensurability.

Modernism and the Avant-Garde
Modernism itself was based on a simple, avant-garde gesture, which was a willing of art to become incommensurable. The rejection of aesthetic values, of the very idea of aesthetic evaluation by professionals or class-privileged individuals, a core value to modernism in all its manifestations, is the taking on of an incommensurability: my poem is not to be measured against or judged by your standards of either prosody, or literature. This was the gamble of the avant-garde incommensurable artists: reject the standards of existing art and in doing so reject the very idea of standards. As we know, it didn’t quite work out like that as these days we are now judging postmodern incommensurables against their modernist predecessors/counterparts. From the dream of judging differently, the avant-garde has simply been adjudged different. Yet the dream of the avant-garde was one of incommensurability, not to be judged by the aesthetic category of “art”, or to produce art that could not be judged at all.

Criticism and Incommensurability:
Literary criticism is, after all, a philosophical procedure of establishing categorical thinking about written texts. All philosophy is against incommensurability as categorical, abstract, universal thinking must, by definition, be the result of measurement against clear standards and judgement. Perhaps it goes to far to say philosophy is about establishing consensus, for one does not have to agree with Heidegger over being for being to exist. Philosophy does not look to establish a general agreement. If philosophy cannot be incommensurable, then this means that incommensurability is more of an aesthetic category, hidden by the origin of the word in measurement, but revealed by the more modern addition of the idea of judgement. Judgement involves taste of course and taste, as Kant details it, is the origin of the idea of “art” necessary for the rise of the professional critic (see Agamben here). Criticism therefore is a commensurate discipline.

Yet since the 1970s at least, the discourse of discipline, what is often called literary “theory” has been based on profoundly incommensurable values themselves originating in philosophy. While philosophical discourse cannot itself be incommensurable, it would seem that philosophical thought can be dominated by the desire for the incommensurable typifying one key strand of modernity. Probably the strongest incommensurable concept for criticism has been the unconscious. The unconscious is the most incommensurable of incommensurabilities. It cannot be measured because it exceeds the conscious discipline of measurement. Indeed if it is true that the unconscious knows nothing of negation, then it is an illimitable field of energies that cannot be pegged out and noted down. Nor can it be judged, or to put it another way, it is always already judged as being inadmissible in the super-ego’s court and so it can never enter into the institutions of judgement.

Gender theory and post-colonial theory also both rely in their more radical forms on incommensurability. Remember incommensurability is not the same as conflict nor exacyly equivalent to alterity either. It refers to the inability to judge according to the same standards, suggesting a double standard in play. It is the double standard of patriarchy and imperialism that first allowed us access to their potential deconstruction. More than this both disciplines struggle with the aporia of judgement, to be judged fairly according to the same standard (to become commensurable within the system) or to be judged according to the standards of a whole other tribunal (to remain radically outside the integration into the system). To be or not to be (in)commensurable, that is a question still to be answered.

Some other commensurable elements of what we might call “pop deconstruction” might be its reduction of texts to standards of blindness, presence, truth, speech, centres: the whole chocolate-box of western metaphysics. Logocentrism is a gesture towards commensurability after all. Yet like the avant-gardism which is, I believe, a central part not only of deconstruction but all “French” theory, the aim of deconstruction is not to judge according to different, new, or otherwise better standards, but to question the very idea of standardisation through measurment and judgement. As such, it is in fact much more successful than surrealism or futurism in problematising the very conditions of commensurability. Yet in the end, irrespective of the philosophy, the act of literary criticism always seems to come down to a basic commensurability founded on a classic consensus. To explain the text, to read it for explanation, that’s what we do. We respond to the injunction explain that the always present incommensurability of the poem presents, and we reduce the incommensurability of the poem’s linguistic otherness, to the commensurability of philosophical discourse.

Standards
Incommensurability, not the same as conflictual nor immediately synonymous with other too, it denotes that the object in play, in question, under scrutiny, on trial, being read, is not measurable by the same standard. It denotes so many issues that are central to the study of literature, and more widely the very idea of literature, in this ever so long twentieth century (eleven decades and counting). Of course the neutral sense of the word is that this poem is not measurable by the same standards as that poem, this apple cannot be judged equal in a competition to find the sweetest orange. Only, within the field of the poem, say, this can never be a neutral statement. It is not, after all, that there are simply a number of different agencies or institutions who simply have different ‘standards’ as to what constitutes the poem. Or there are, but the status a regards the power and influence of these institutions is not equal meaning that in the end incommensurability has come to mean not simply measured by a different set of standards, but not measurable against a certain set of values that have come to be the standard. Incommensurability therefore both speaks to the fact that different entities can be judged according to different standards but is that true. Say we take poetry as the thing we want to judge or measure, and of course these are by no means equitable processes, judging and measuring. Surely if they are related then measuring comes before judging, judging existing only by virtue of first measuring. Yes, poetry, can there be different ‘poetries’ as it is sometimes written by members of the postmodern avant-garde, each to be measured against a different, one would preume, their own self-defined standards? Not really, for poetry is a category of thought just as surely as being or knowledge are. It is not a free-floating signifier. If one is judging poetry, irrespective of what kind of poetry (are there indeed different kinds?) one has already pre-judged it according to the aesthetic categorisations that have been in place since Kant. It is poetry that you are measuring, in advance, poetry, and while you may have different ideas about say what poetry is or should do, the very fact that we can speak of it as poetry belies tha fact that as soon as it is named, the thing to be measured, has already been judged. Thus are there or can there ever be incommensuable poetries? Or is it not the case that there is a poetry which is incommensurable and so, by definition, not poetry at all, or not measurable as such. Or is it more radical a problem than that, that it is not poetry and its incommesurablilites that we are adjucidating over, but the very incommensurability of poetry itself. Poetry, not measurable by the same standards of all other categories, not measurable because it does not succumb to delimitation and measurement. Yet this doesn’t sound right does it, because that’s what we do with poetry after all, first we measure it, and then we judge it.