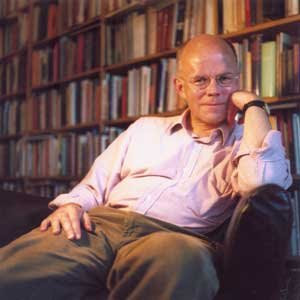 How I imagine Michael, liking my poem not quite enough to...

It was perhaps my finest moment. PN Review, in particular Michael Scmidtt, almost published one of my poems. They liked the work but not quite enough to publish it. Like O'Hara I am too hip for the squares to square for the hipsters. Anyway, it was more than Stand could be bothered to say so in honour of meaningless honours here is my most successful work of art. It is untitled or better tri-titled:

"ein augenblick in der lichtung"
silence a fire’s percussive click cuts
the ciccada’s strum
Zum Zirm
one in the dog valley it
is night here last night to be exact all
is unwrapping in real time then
before the storm in cloud above mountain
on an off like a faulty fluorescent light
in a summer abandoned porta-cabinã
(It’s not as if I am trying to kill romanticism)
or not it does not have to be that way for you I
am not so convinced it was really that way for me
impermeable logic, all can and should be otherwise
"wo ist mein kugelschrieber?"
erm, what next oh yes! Freud
stayed here once (idle mind that seeks no particular recollection)
thermo-electric pulses across the brain’s ravines he
later wrote “all I ask is to be alone near a wood” ah, would! he
was firming up chapter one of Totem and Taboo (that great double
act) “The Horror of Incest” which is a bad book in the end
they say we all have one great novel in us we
also all have one bad anthropological generalisation
was writing in skirmish to Jung but Jung wasn’t listening said
he had heard it all before which is typical
"im haus rottensteiner"
all day walking we got nowhere damn this dim happiness smokey valley phased in blue im-
balance
“did I tell you the story of the story that ate itself?
it began like this…”
“did I tell you the story of the story that ate itself?”
it began like this…”