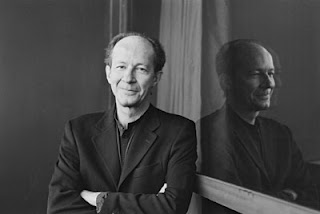 This is a combination of two articles on Agamben in general and then the system. This is because I feel strongly that Agamben's form of metaphysical critique only functions and makes a claim on originality and future significance because of the method. So if you have read the other two articles skip this. Or better re-read with a sense of their articulation.

Part One: Agamben's Philosophy
Agamben’s philosophical project is the making apparent and then rendering indifferent all structures of differential opposition that lie at the root, he believes, of every major Western concept-signature or discursive structure. In this manner his philosophy can be termed a form of metaphysical critique that argues all abstract concepts are only quasi-transcendental, in that they are historically contingent not logically necessary. As such Agamben willingly participates in a tradition that includes Nietzsche, Heidegger, Deleuze and Derrida, thinkers he regularly engages with. Where he differs from all of these is that he is not a philosopher of difference in any way we take this term to signify within the tradition to which I have just alluded. Arguably all his predecessors undermine philosophical structures of consistent identity through the valorisation of difference in some form.

Agamben, however, insists that the difference is as much implicated in the system of metaphysics as that of identity. If, he argues, identity structures are historically contingent, not logically necessary, then so too are differentiating structures, which can then further be said to be complicit in metaphysics, not a means of overcoming it. Rather than undermining identity with difference, therefore, Agamben reveals that identity and difference themselves are not necessary terms but historical contingencies, that in fact they form one single entity within our tradition, what I will call identity-difference, and based on these observations one can suspend their history of opposition by rendering them indifferent to each other.

For Agamben self-identical full presence, what he calls the common, is a discursive entity not an actual state. Difference, what he calls the proper, is the same. Further, concepts are no longer to be taken as identity-concepts, ideational structures possessive of communal consistency around an agreed set of referents that can be held under the same conceptual heading, but identity-difference-concepts that have a historical moment of arising when they become active, a mode of distributing this activity to control large and stable discursive formations over time, such as language, such as power, such as poetry, such as glory, and an almost fated period of indifference where the clear definitions of the system either break down, or can aggressively be shown to be assailable contingencies. The method of tracing these moments for the purpose of suspending identity-difference constructs, what he calls signatures, is an overall methodology that Agamben names philosophical archaeology.

The extent of this archaeology is such that even the terms identity and difference, the founding terms of Western thought and logic, are mere historical presences to him. The implication being that there was a time, permanently inaccessible to us now as totally non-communicable, when we thought, spoke and acted otherwise, and there could be a time when we think, speak and act without a sense of identity, difference, or their opposition. Such a mode of thinking-after-indifference, meaning both thinking that ‘takes after’ or resembles indifferential structures and also a thinking that comes subsequent to them, is the best summary we currently have of his work’s lasting originality.

In 2008 Agamben published probably his most significant work: The Signature of All Things: On Method. Here he corrects his numerous critics the majority of whom mis-construe how he uses historical paradigms within a philosphical system. His remarkable synthesis of philosophy and philology, heavily inspired by Foucault and Benjamin, he calls philosophical archaeology. The system as it is presented in The Signature of All Things is summarised below:

Part Two, Philosophical Archaeology: Agamben's Method
This method consists of tracing the origins of large scale concepts back to the moment when they first became operative as modes of organising and legitimising discourse through Foucauldian intelligibility.

That said, these moments of arising, as he calls them, are not historical data in the usual sense but, inspired by Benjaminian now-time, they actually say as much about us as contemporaries as they do about historical origins.

Revealing this historical paradox at the basis of large scale concepts such as power, being, secularization, language and so on, is Agamben’s aim, so as to show them as logically unworkable. The past, or temporal common, is founded on the present or temporal proper, yet the present founds the past through its attempts to access it as origin.

Thus take any concept, here for example the modern age, and you reveal the paradox between a past found, even created, by the present and present founded on the past, allowing you to suspend or make indifferent a clear separation between origins and current examples, subsequently freeing yourself of the discursive control of said concept.

It is Foucault with a happy ending.

Unknown said…
One of my MA students asked for clarification of what Agamben means by common and proper and I realised this is not self-evident especially if you are not a philosophy student. Here is my explanation:
Common is Agamben's general term for all universal, abstract structures of identity. Proper is his term for all empirical, local, examples of difference. So common could be universal or general to proper as particular or specific case. They are the two foundational terms of all Western thought going back to the Greek debate between Parmenides who argues everything is one (common) and Heraclites for whom everything is flux (proper). Two other famous examples are common is Reason and proper Understanding in Kant and common is the one and proper the many. Common law would be don't kill, proper would be this instance of murder. Then we have fact. Fact is a proper that does not fit into the common and so is referred directly to the sovereign. Say a head of state who 'murders' due to an illegal invation. The fact is the extreme end of proper just as sovereign power is the extreme form of common.
7 February 2013 at 15:37